Coronavirus and An Emergency Fund 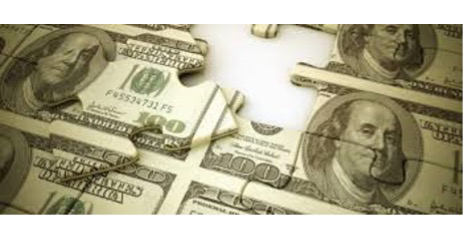 If there was ever a good reason and time to have an emergency fund, this is it. The Coronavirus has put millions out of work or at reduced pay. While Congress and the President gave us an economic stimulus packages that include direct payments and increased unemployment benefits you need your own stimulus package.

The unemployment rate was so low a month ago that most people who were looking for a job could easily find one in their field. Companies are laying off hundreds of thousands of workers per week. Finding a job is much more challenging, if not impossible for those who lost their positions. There may not be new jobs or jobs to return to for a long time. The best way to manage a lost job or reduced income is with an emergency fund.

It’s enough money you saved up and set aside to cover your regular expenses for 3 to 6 months or longer. The fund is dedicated to emergency use. It’s not to be used for a vacation or when you get car fever. The emergency fund is money readily available in a bank account or money market account. It’s not money invested in retirement accounts or tied up in investments in a brokerage account. Why not? Because when you need the money in an emergency, it’s likely to occur after the market plunged, like it recently has.

Those investments you were counting on in your brokerage account may be worth 30% or 50% less than they were a month before. You’ll be forced to sell the investments at a lower price to raise cash. There may also be tax consequences for selling investments or borrowing from a retirement account.

How Much of an Emergency Fund Do I Need?

In normal times, that depends on what you do for a living and how easy it would be for you to find another job. If you have a stable job working for government or in a field with very low unemployment, 3 to 6 months may be plenty. If you are in construction or a freelancer, you may need to build up 6 months to ride out the lean times. If you are in a niche field where it’s difficult to find a position or have health issues, you might need up to 12 months of expenses saved up. During normal times, if there is such a thing, you may be able to pick up part-time work so that you at least have some money coming in until you find a long term position in your chosen field.

Benefits of an Emergency Fund

When you have a fully funded Emergency Fund, things that used to be emergencies become manageable events. Unexpected home or car repairs are nothing to worry about when you have plenty of money to cover them. A job loss can be terrifying if you don’t have enough saved to pay next month’s rent or mortgage and grocery expenses. When you have it covered for 6 or 12 months, you can sleep at night. You can focus your attention on finding a new job. Your job search is not distracted by worrying about keeping a roof over your head and feeding your family.

When you begin to interview for positions again, you won’t be desperate. You’ll have confidence and flexibility. Desperate people often give off a whiff of desperation to potential employers in interviews. It undermines their ability to obtain a position. If the person is offered the position, the employer may offer you a lower salary if they sense your desperation

When you have an emergency fund, you won’t have to borrow against your home, which may be impossible when you are out of work. You also are not forced to sell your home because you can’t afford the mortgage payments anymore. Sure, you could sell your home. Consider, however, that when a lot of other people are out of jobs, home values can drop in value. You don’t want to be in the position of having to sell your previously valuable home at a much lower price. This is particularly troubling if the value of the home falls below the amount you still owe on the mortgage. This happened to millions of people after the real estate bubble burst in 2008. Many people who were unemployed would have been able to find jobs elsewhere if only they could sell their homes and move. But they were so underwater on their homes, they couldn’t afford to leave their home for a job in another part of the country.

Can’t Save an Emergency Fund

The Federal Reserve reported that 40% of American adults don’t have enough money to cover a $400 unexpected expense. How are they going to save up enough for 6 months’ worth of expenses?

Let’s start with the people who make a good living but simply live beyond their means. I know plenty of people who make good salaries and have been broke for years. You probably know people like this, too. They usually drive expensive cars and bought more house than they could easily afford. Maybe they take extravagant vacations or they have a lot of student loan debt, too. People have to make sensible choices. Those folks need to get on a budget and see where their money is going. Get rid of the expensive car and downsize to a smaller house. Those two actions can free up a grand or two a month. If you can start banking a grand a month, that adds up very quickly.

Many people don’t make much money to begin with and struggle to support themselves. For those who do not earn much money, that’s a huge challenge. There are a lot of socioeconomic issues at play, for which there is no solution our society has been able to come up with. Budgeting may help some, but not if you have already cut out non-essentials. Focus on earning more money. That could be from a side hustle or a new skill.
The goal is to have an emergency fund big enough so that if you are out of a job or have a large unexpected expense, you can ride out a difficult time without borrowing, raiding your retirement accounts, being forced to sell your home or take other actions that will negatively impact your finances.

If you are still employed and don’t have an emergency fund, get started today. Conserve cash and cut out unnecessary expenses. That’s easier now as there aren’t many places to spend money these days. There’s no telling how long that those of us who are currently employed will remain so in this turbulent economy. Being prepared with an emergency fund is the best way to manage a downturn.